Both Insite Listeria and Insite Listeria Glo are designed as environmental surface hygiene tests and are designed to be used on clean surfaces as a presumptive test for the presence or absence of Listeria spp / Listeria monocytogenes. As these are presumptive tests any positive result should be confirmed using an appropriate confirmatory method. Where used on contaminated or surfaces prior to cleaning there is likely to be a higher number of presumptive positive results

In cases where the Insite Listeria positive test and confirmatory test do not agree this is often as the sample was taken on a contaminated/not cleaned surface. A  false-positive result produced in this case can be a result of the growth of other organisms eg  Enterococcus spp which produce a false positive result with the test indicator. The reason for this is that in highly contaminated samples, these bacteria can be present in high numbers and subsequently overcome the inhibitory effect of the selective agents in the media.  When this occurs they can grow in sufficiently high numbers to react with the test indicator producing a false-positive result. This would only be likely to occur if the surface being tested was highly contaminated or had not been cleaned.

Where a surface has been cleaned the number of viable cells normally would be sufficiently reduced to allow the selective agents to function correctly and only inhibit non-Listeria bacteria. Any viable  Listeria bacterial cells recovered in the sample would be able to grow and produce a true presumptive positive result.

If you need further support, please click on the icon below 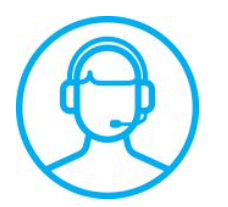